Time to Come Out of Hiding… 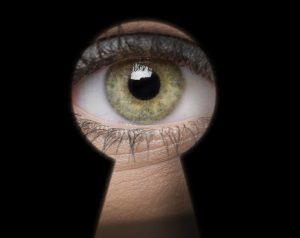 What has prompted me to write a blog on confidence I wonder? Is it the fact that it comes up again and again with my coaching clients?

Confidence is a common theme of our age, the lack of which, sees people being held back from showing their true potential and living their lives to the full.

The first question I’d like to ask is, what do you believe is the difference between confidence and arrogance?

I believe it is this confusion that holds many people back from fully demonstrating everything they have to offer. People are often so worried about coming across as an arrogant bore that they hold back, feel uncertain and thereby are unable to express their true selves.

So here is the secret, the difference between arrogance and confidence in a nutshell.

It’s all about the foundation on which the feeling is built. Arrogance has a foundation of insecurity and self doubt, so a person will use arrogance to mask their feelings of uncertainty and lack of self belief by developing a persona to hide behind. Arrogance is grounded in fear. This is not their authentic self but simply a mask put on with which to face the world, that is why an arrogant person has a repellent effect on most people, we intuitively pick up on the lack of genuineness. It also explains why we are so concerned about coming across as arrogant, we do not wish to evoke this negative feeling in others.

Now confidence is entirely different, it is built on solid foundations of self worth.

An appreciation of who we are and a genuine comfortableness in our own skin. Our confidence is a true reflection of our authentic self and not a mask to hide behind. It is a belief based on a deeper understanding and acceptance of our qualities, while also being open to areas that we need to work on. We are in fact a work in progress and proud of it. This is in direct opposition to the fearful state that breeds arrogance, it is in actuality and absence of fear and that is why it feels so good!

Another question I often get asked is… What is the main difference between people who have confidence and those that believe they don’t?

Well, simply put, it’s all in the self talk. It’s the interior dialogue we have with ourselves, where a confident person will be running their self talk based on positive thinking and a person who believes they are lacking in confidence will be running a negative thought stream.

Let’s put this in a scenario to make it clearer.

Ok, so you have turned up to a new job and you are in a group of people all being shown company software that you’ve never used before. You feel a bit like a deer caught in the headlights, you are on the back foot and were not prepared for this at all. In this situation, a person who perceives themselves as lacking in confidence will have thoughts like these running through their mind… “I haven’t a clue what he’s talking about, I’m completely out of my depth, I feel an idiot, I should never had applied for this job I knew it was out of my league”… etc… Whereas the confident person in exactly the same situation will be running thoughts along these lines… “Ok I’ve never done this but I’ve been in similar positions before and I’ve managed to cope ok, I can here. Other staff members are all using it, so how hard can it be? I must remember to ask questions if I’m not sure, If I don’t quite get it, I can always do extra reading, no problem”….etc

Let’s take a 100m Olympic final, you can be sure that every athlete taking part will have worked very hard worked on their mental state, to create a strong belief in their ability and unshakeable confidence in their ability to win. They have practiced and worked on a positive mindset as being as important as their physical training, even more so when it’s competition time.

What can we learn from these athletes? Well, that with practice we can train our thoughts to be positive, thoughts that reflect the best in us, thoughts that are firmly based in a deep appreciation of who we are and what we have to offer.

Every time we choose a positive thought about ourselves, we move one step closer to feeling genuinely confident. By understanding that your inner world of thoughts is reflected outwards, in how you show up in the world, you can begin to bring the real, genuine you out of hiding.

What a delightful thought!